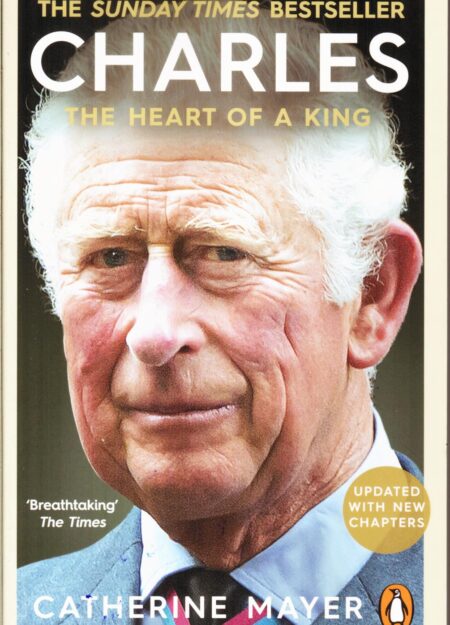 Charles: The Heart of a King

The former Prince of Wales has lived his whole life in the public eye, yet he remains an enigma. He was born to be king, but he aims much higher. A landmark publication, Charles: The Heart of a King reveals Prince Charles in all his complexity: the passionate views that mean he will never be as remote and impartial as his mother; the compulsion to make a difference and the many and startling ways in which the Prince and now King of the United Kingdom and fifteen other realms has already made his mark.
The book offers fresh and fascinating insights into the first marriage that did so much to define him and an assessment of his relationship with the woman he calls, with unintended accuracy, his ‘dearest wife’: Camilla, now Queen Consort. We see Charles as a father and a friend, a serious figure and a joker. Life at court turns out to be full of hidden dangers and unexpected comedy.